I went on an incredible journey, with an incredible couple! The journey, like the birthing of a beautiful butterfly, from its chrysalis stage to full maturity, took some time…and indeed, may still be continuing.

The following is my real-life story of the cathartic and metamorphic Feng Shui journey of Dan and Helena Sanderson (not their real names), to whom I owe so much.

“Agonies are one of my change of garments.” ~ Walt Whitman

In February of 2004, I called Helena to schedule a follow-up appointment. She said to me, “Oh, please come over today to take some pictures. We’ve just cleaned and organized. Today is a good day.”

And so I went — camera and all! I was amazed at the transformation of the main living areas. They had cleared out so much clutter. The house looked like a normal, lived in house. They made changes based on things we had talked about before, and other changes that they thought were Feng-Shui friendly; most were not. At that moment, I did not tell them that they were not good changes. Besides, intention is everything, right?

At this picture-taking session, Helena was eager to point out that she had purchased a bagua mirror for the tool shed in the relationship area and that she had placed a red watering can there. (I didn’t quite understand the reason for the can, but I’m sure she had a Feng Shui purpose in mind.)

The changes made in the master bedroom were phenomenal! They had moved the TV out of the bedroom into the living room. They put curtains up to cover the closet that did not have doors. They organized the clothes in the closet. They purchased a chest of drawers that fit right into the closet, providing more space for clothes. They bought a really nice laundry container. They placed pictures of themselves as a couple on the side of the bed in the relationship corner. They put a fountain in the bedroom (the wealth area of their home), and they put more pictures of themselves on the shelf under the fountain. The fountain has a very pleasant, soothing sound. Dan said he now slept better in this room.

The kitchen was a miracle! The kitchen counters were cleaned and organized. The computer-station disorganization was gone, the refrigerator having taken its place. They had placed their microwave on a nice wooden cart and had placed pretty little kitcheny, decorative items around. This kitchen was actually quite pretty. You couldn’t tell that before. It was now very inviting, very friendly.

The hallway leading to the kid’s rooms (which on my first appointment belonged to Dan’s children) had been cleaned and organized. The blockages to walking through the hallway had disappeared. There was now a nice, clear pathway to the outside door and to the kid’s rooms. And to my surprise, they had already implemented one of the changes that I had planned to talk about on this appointment.

The boys had a room in an area with some problems energetically, and the Sanderson’s had unfortunately also made some changes in the living room that disrupted the flow and aesthetics of the room–but all that could wait for another day. They were making progress, lots and lots of progress! 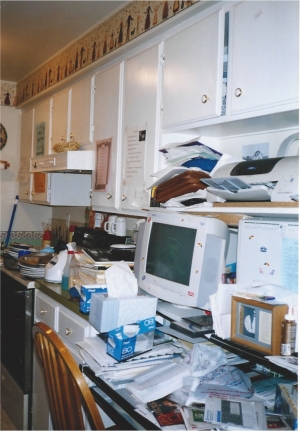 BEFORE – Cluttered Back Hallway Leading to Bedrooms/Refrigerator/Laundry Room 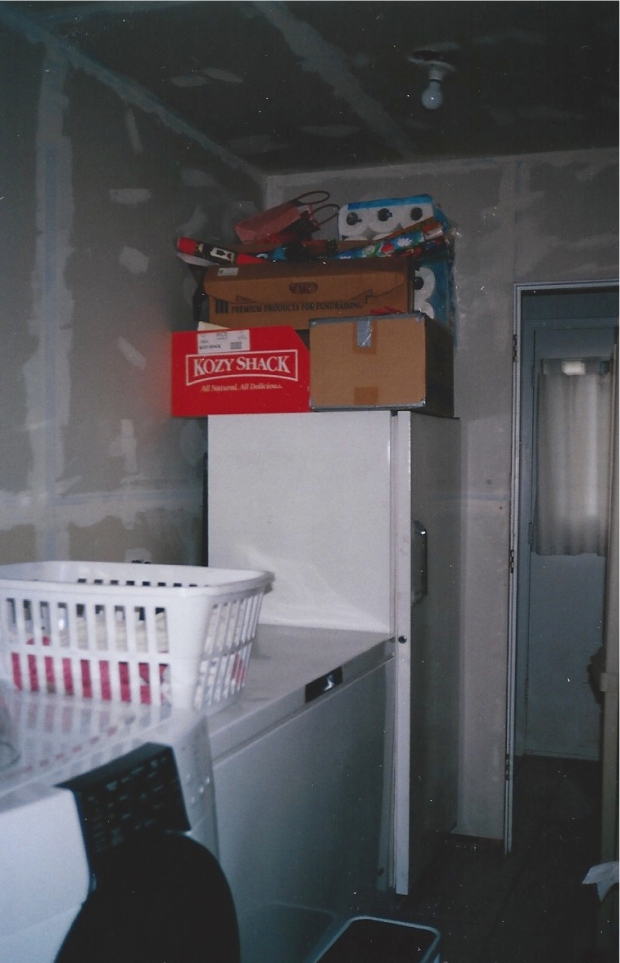 THE METAMORPHOSIS continues – The Emergence

Check Me Out!
THE AESTHETIC 美 WEB DESIGNER